How spicy is Mac spicy paneer ?

Today a topic that's totally for fun - - a post suggested by my friend VIRAJ !! We have all seen the ad flood our tv sets - its everywhere - Mac Donald's introducing Mac spicy chicken burger and Mac spicy paneer burger. Mac Donald's another continuing effort to bring innovation in their products. I was damn curious to have the burger because personally i love "spicy" (not too spicy !!) and i love "paneer". As a matter of fact most of us Indians do  . .  :) 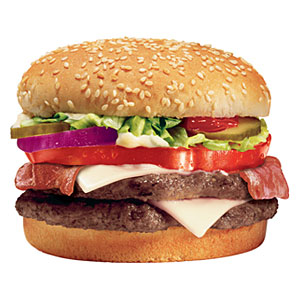 Mac Donald's just  recently opened its outlet in the food court of -Infinity Mall in Andheri West. So just recently when we were roaming in the mall -- i decided to give this burger a try. Waiting in the line to place the order - i observed everyone was buying either Mac spicy chicken or Mac spicy paneer Burger - they were selling off like hot cakes !! Good for Mac !! Another thing i observed was that the Burger was priced some 59 bucks - if i remember correctly.. and Mac Veggie burger was way cheaper than the Mac spicy burger. Mac Donalds 's must be earning quite a lot these days hehehe.. :)

Anyways the burger arrived and my boyfriend had the first bite of it -- he didn't like it. Now it was my turn. We had taken Mac spicy paneer burger -  the burger came in cardboard box, looked somewhat like veggie burger but yeah - the pattie is replaced by moist soft paneer and also orange tandoori like sauce. I had a bite and it was fine. Not at all spicy !! hehehehe .. that was funny because the main claim of product being spicy was not fulfilled. Another thing i didnt like was that there was a tad too much of the sauce which made eating the burger "a task". I dislike when the sauce comes out and makes everything messy . .

So that's my opinion of Mac spicy paneer burger - not so good and not so bad. Have you had the Mac Spicy burgers yet ?? did you like it ?? let me know :)

Sugar spice and all dats nice

Promote Your Page Too